The historic Park Avenue Armory provided the back-drop for a high octane display of major works at the third edition of TEFAF New York Spring. Featuring a stellar roster of 92 leading exhibitors, with 12 new participants, the Fair was an unrivalled showcase for some of the most influential experts in modern and postwar art and design, antiquities, ethnographic art and jewelry.

To inaugurate their first year at TEFAF New York Spring, Pace Gallery presented an exhibition dedicated to the work of 20th-century master Jean Dubuffet, who has been represented by Pace since 1966. Spanning paintings, works on paper, and sculptures, the exhibition features pieces from a number of Dubuffet’s seminal series from the 1960s, 70s, and 80s, including L’ Hourloupe, Sites aux Figurines, Psycho- Sites, and Brefs exercices d’école journalière. Drawing together an incisive selection of Dubuffet’s work across media, the presentation captures the relentlessly innovative and daring spirit that have fueled the artist’s enduring legacy. 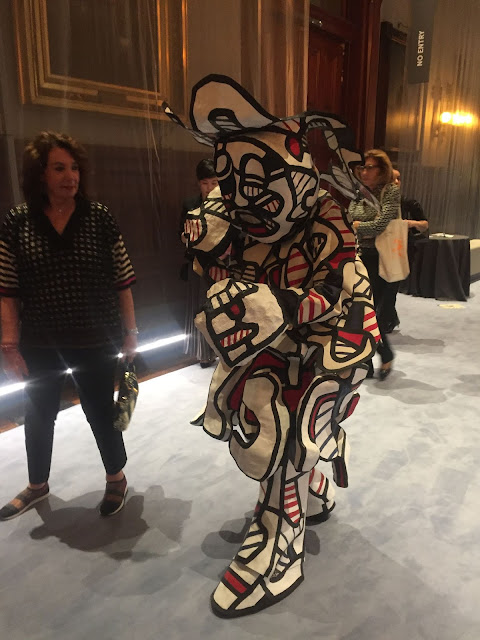 The famed Diaghilev Ballet Russes was celebrated by Galerie Gmurzynska with the exhibition of Le Coq d’Or, by Natalia Goncharova in gouache, watercolor, and pencil. The large-scale work (930 x 1300 cm [366 x 512 in]) was displayed in the public space as part of the main exhibition space of the Armory.

Sold previously at the Diaghilev Sale at Sotheby’s London in 1968, Natalia Goncharova’s backdrop is not only the sole surviving large scale painting from this Diaghilev production but also one of very few important large-scale backdrop paintings, such as Picasso’s stage cloth for Diaghilev’s Le Train Bleu from 1924, which today is in the collection of the Victoria & Albert Museum in London.

The presentation at TEFAF coincides with a strong renewed interest in the work of Natalia Goncharova, with a major retrospective of the artist set to open at the Tate Modern in London in June with a room dedicated to Goncharova and Diaghilev’s Ballets Russes including designs for Le Coq d’Or. 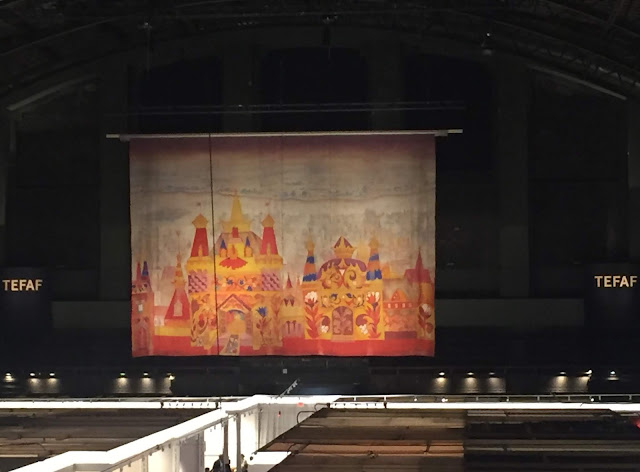 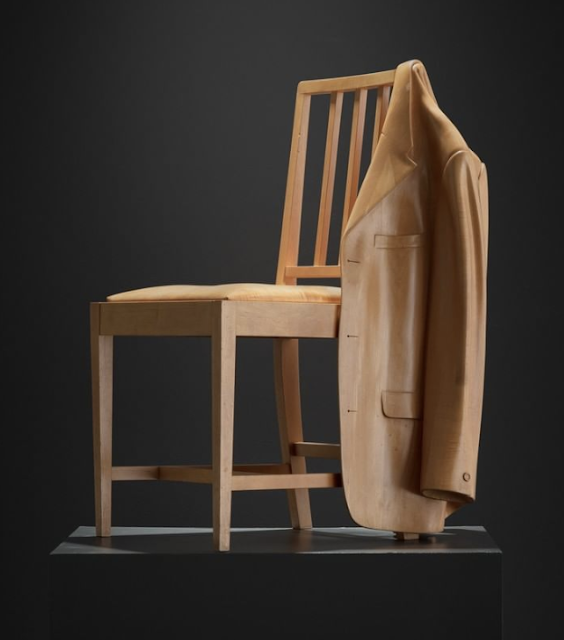 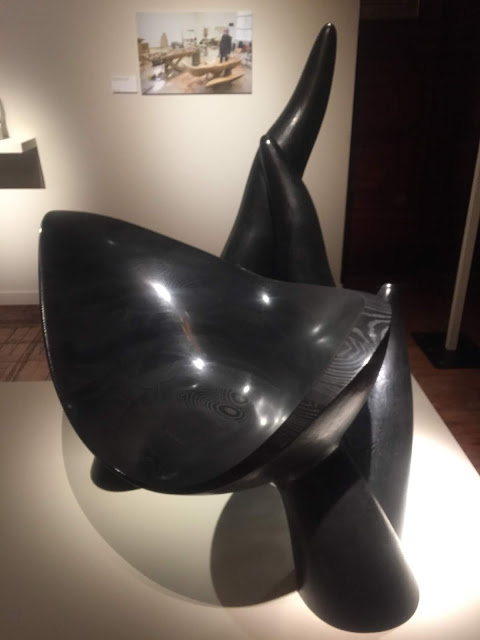 "Happiness" by Wendell Castle in 1962 @FriedmanBenda

"One of the most important design presentations here showcases the biomorphic furniture of Wendell Castle, who created boldly sculptural chairs, benches and desks from the 1960s until his death last year. A low-slung rocking chair from 1962, carved from warmly stained oak and finished with stretched leather, looks as aerodynamic as a Farago, Jason. “Tefaf Brings Masterpieces (and Tulips) to the Armory,” New York Times, May 2, 2019. 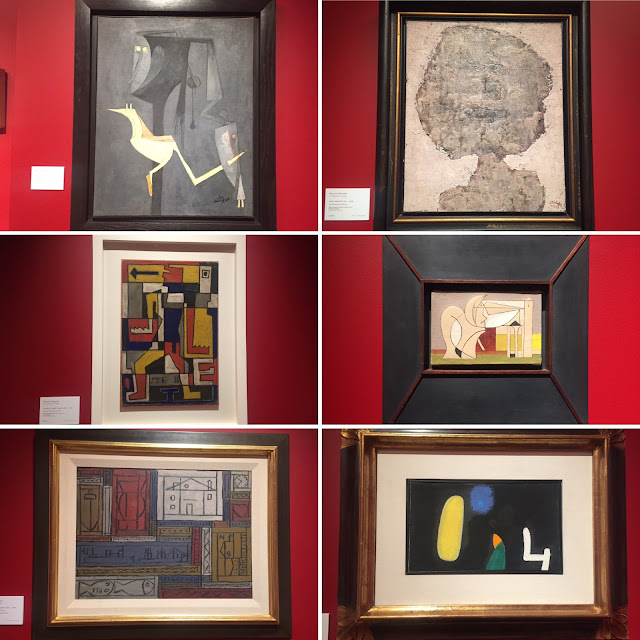 Most of galleries were shown many popular artists in market, but Dickinson Gallery curated an interesting curated show with more diversity of artists.  They always have an amazing curated show at the TEFAF Art Fair. 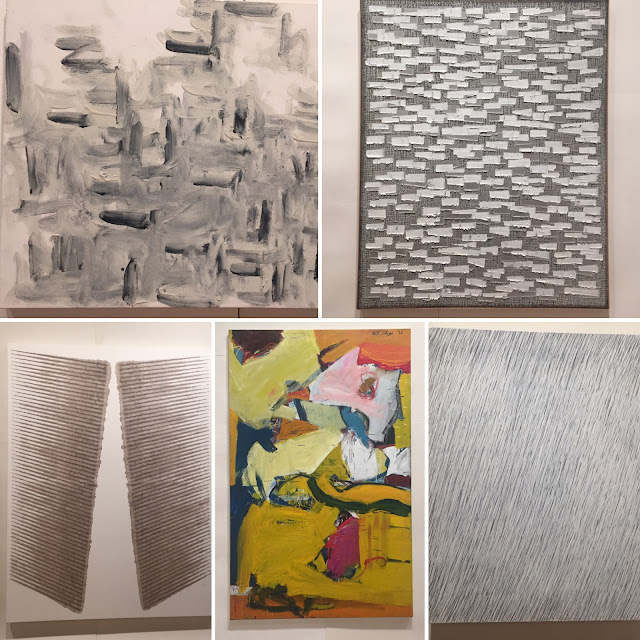 Many Korean Master artist works were presented by #tinakimgallery

Even though I am from Korean, I never saw these great Korean master works (#LeeUfan, #HaChongHyun, #KwonYoungwoo, #KimTschangYeul, & ParkSeoBo) together at the same time.  Thanks for Tina Kim Gallery!

Galerie Thaddaeus Ropac sold its entire collection of 39 pieces by Georg Baselitz (b. 1938) early on in the Fair. The sale comprised a set of 38 drawings (1984), purchased for close to $1.12 million, and a large painting titled Blaueur Elkekopf (1979-8) that sold for an undisclosed amount to a separate buyer. 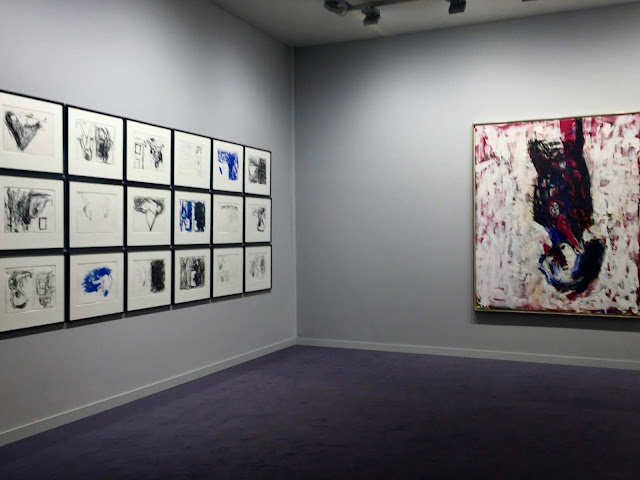 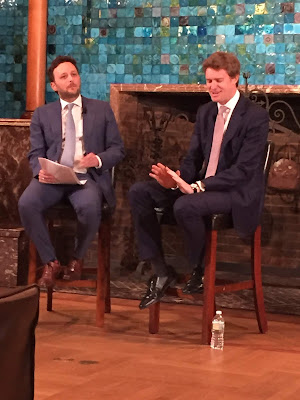 On the right is Tritram Hunt
Posted by Younghye Hwang at 1:31 PM 0 comments 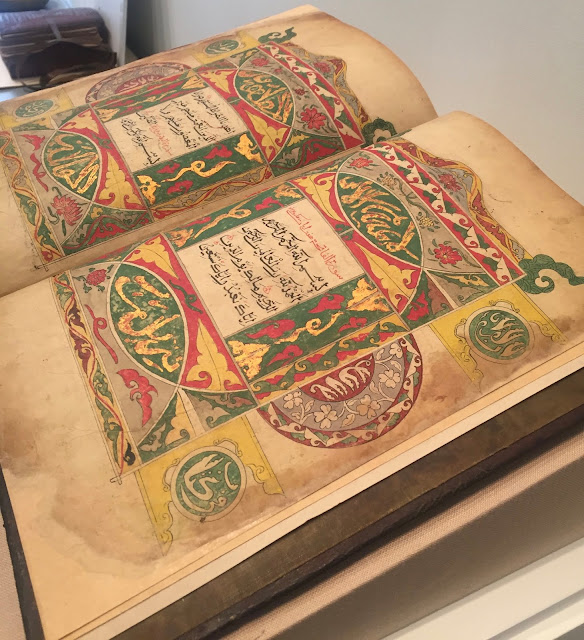 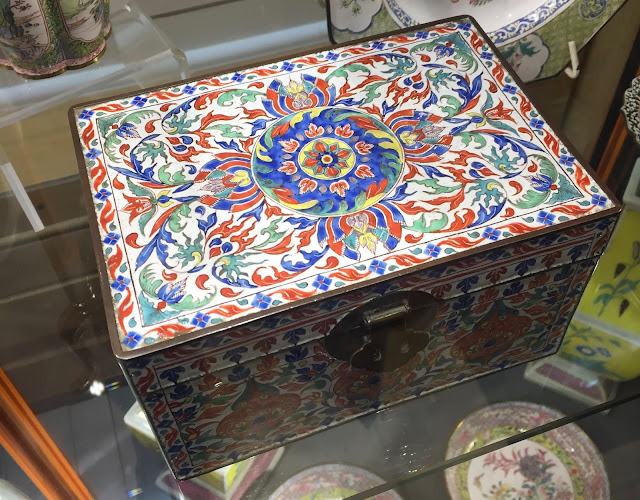 Indian painting : loved its modernity - the painting is not centered, carpet is on the wall, and the mirror on the wall has refection of the couple.

Japanese antique - Loved wooden buddha with its details of eye, necklace, and knife. 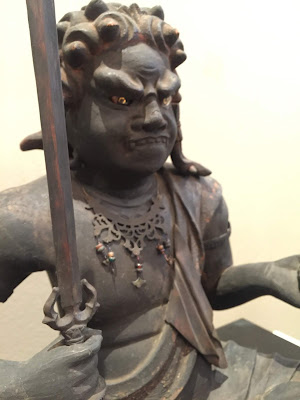 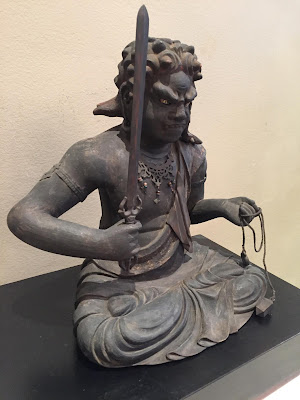 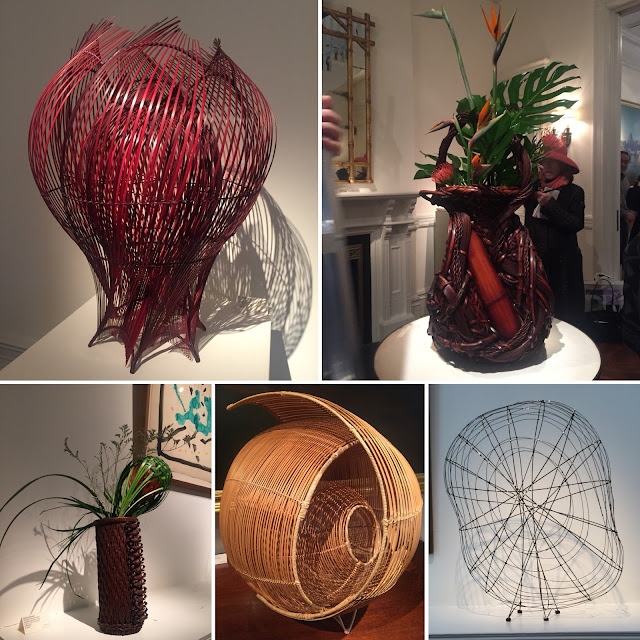 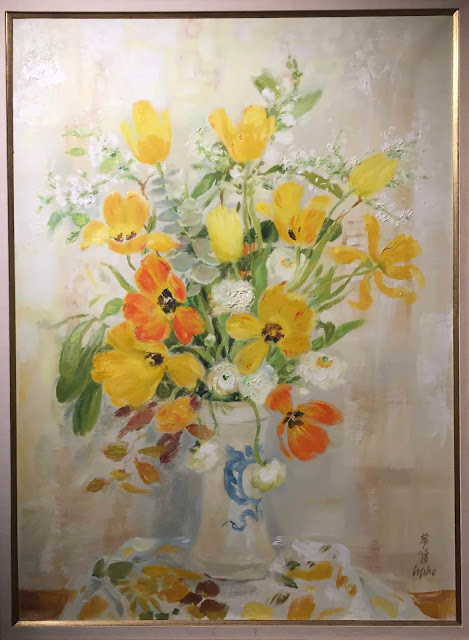 Treasure from Asian armories - Loved their mural painting and wallpaper in the space which was inspired by their arm's decorations. 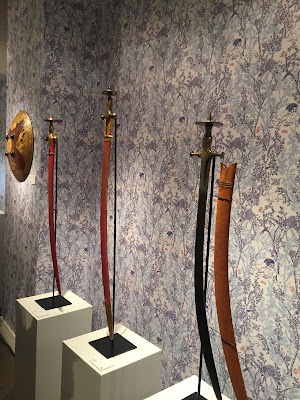 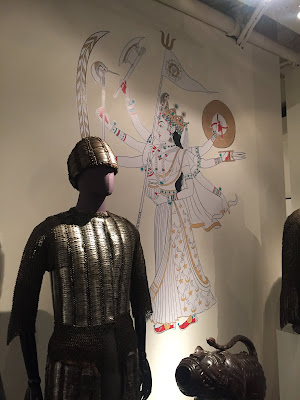 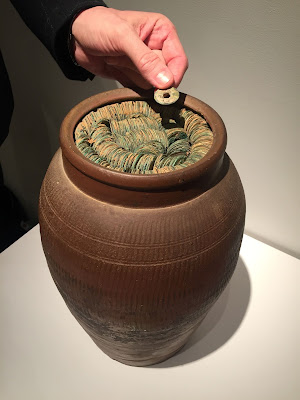 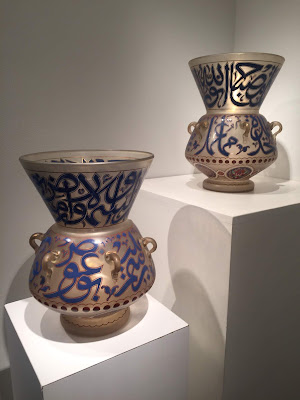 Asian antique ceramics - His Vietnamese ceramic collection is quite unique and nice.

and
His E
enduring Legacy
Posted by Younghye Hwang at 11:27 AM 0 comments 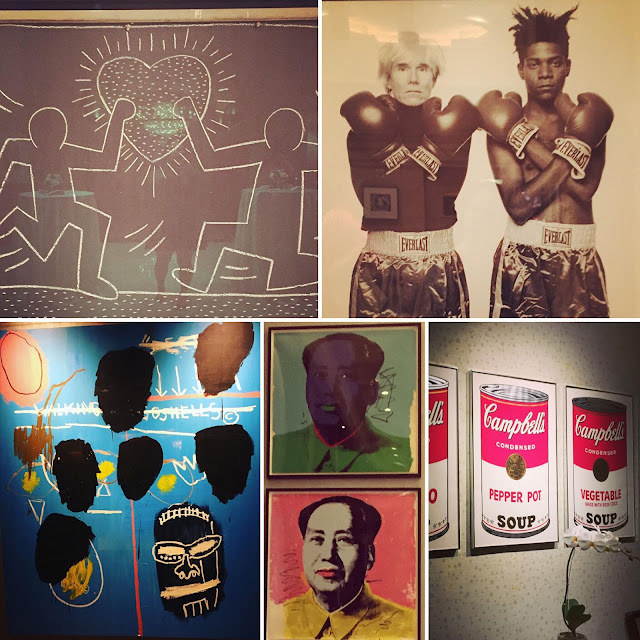 Since it is only art fair which is held in Hampton this year.  Many people came and could see many different art works from established emerging artist's works to Master works...

It was little different from previous years...  More interesting and good art and over million dollars piece was shown as well : David Hockney, Chagall, Robert Indiana, and so on... 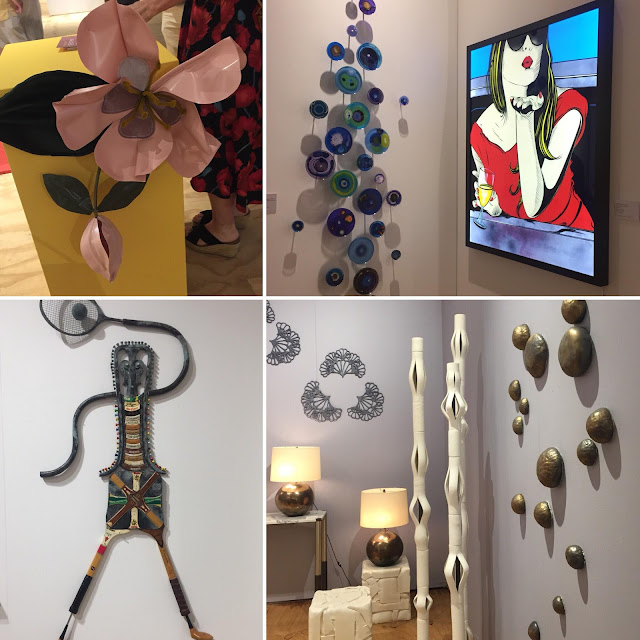 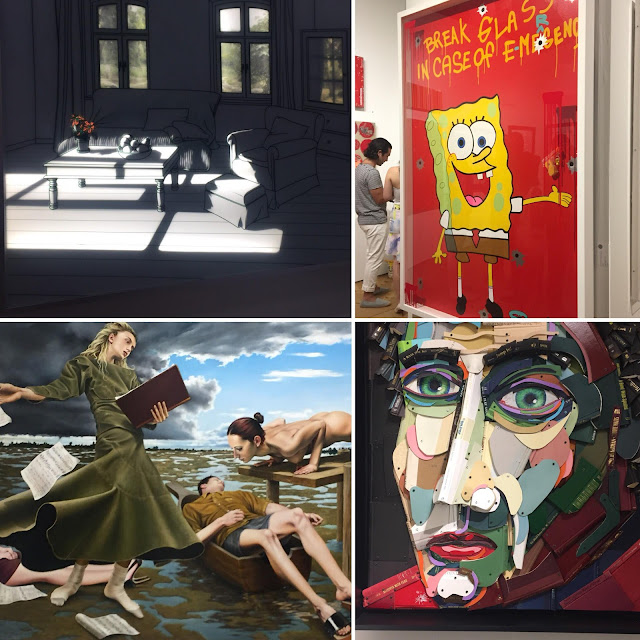 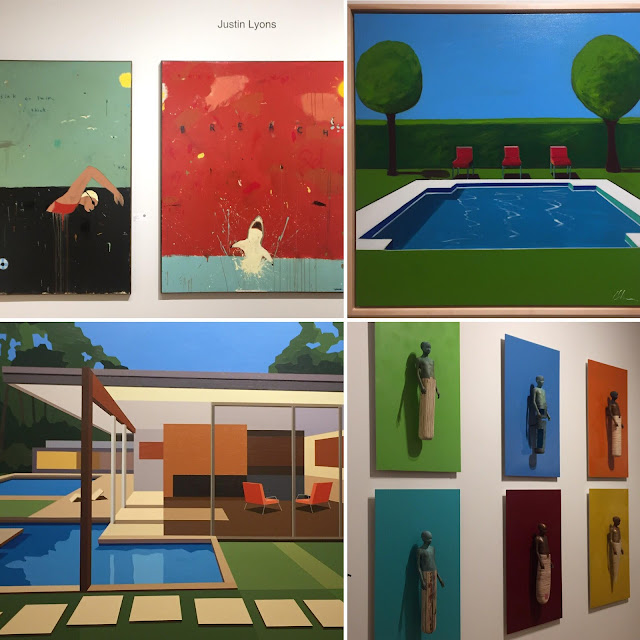 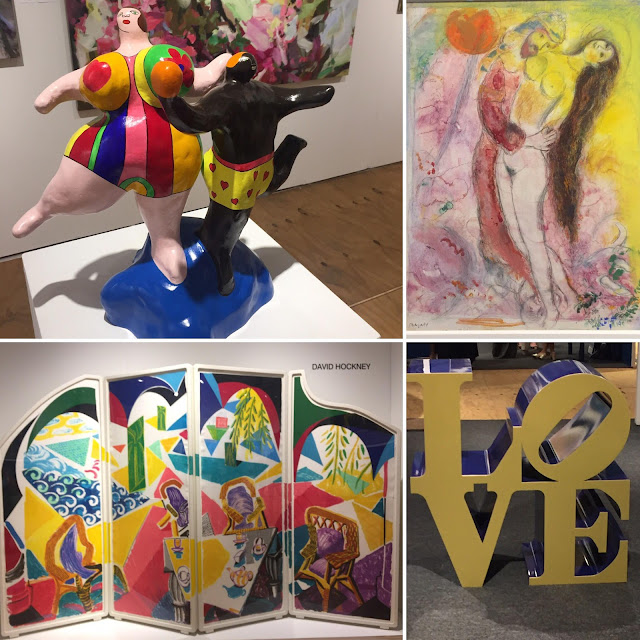 Christies first open, Contemporary & postmodern preview party was happened in Red hook, NY which is their storage space.  It is second year.  It wasn't well organized like last year.  They didn't have much works and didn't have many interesting pieces which was disappointed...
But the Party was fun... 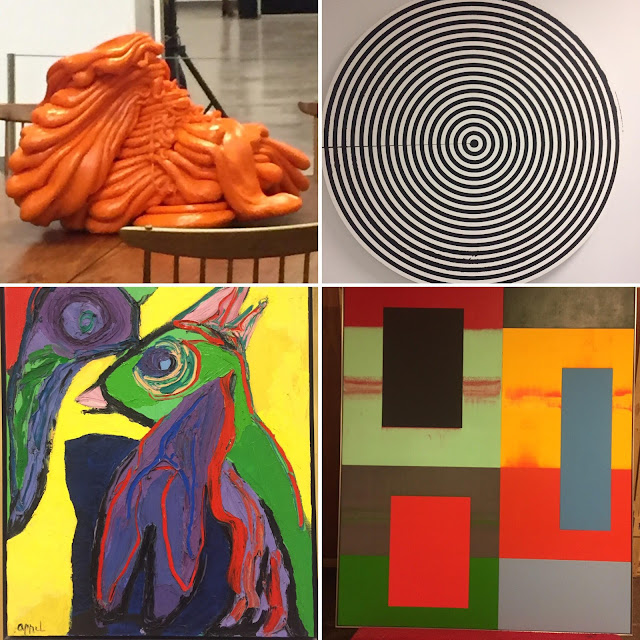 From the Party
Posted by Younghye Hwang at 12:32 AM 0 comments